It's about finding the questions – not giving the answers 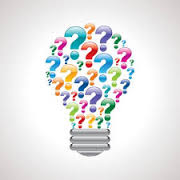 Whenever I meet social accountability practitioners abroad, they wonder: Social Accountability in Ethiopia, with civil society involvement, really? We all have these boxes in our head – Ethiopia, restrictive NGO environment, one party system, top-down political economy, etc… So many “challenges” can be named, and yet, we are running the single largest social accountability investment in Africa, and the results have surprised everyone involved. How can we put our assumptions aside and learn to nurture the potential of change in the local context?

Responding to challenges with questions

I remember early on in the program that CSOs were challenging me – you don’t know Ethiopia, it’s only because of donors that this program is allowed. I was thinking – really? This strong government is allowing CSOs to work in close to 30% of its districts, all over the country, just because of donors? Our question was: can you implement your project and let us know if you get blocked along the way? Meanwhile we supported the CSOs to sit in the service delivery space they had been given and demonstrate the difference they could make. Three years later government is supporting program design to up-scale social accountability to the rest of the country.

We work at the level of decentralised local government, but some accountabilities for water schemes and rural roads lie at the regional level. Many stakeholders were cautioning us and pointing at the political sensitivities of engaging higher levels of government. Our question to CSO partners was: who has connections, who can explore? Two years later many service issues regarding water and rural roads had been solved by citizens engaging government beyond the district level.

Initially concepts of vulnerability were both vague and daunting (e.g. in many cases disabled people are hidden from society), but we asked ‘who is not yet being served?’ and our partners helped local governments to hear the stories of these groups. This has had empowering effects, and has inspired citizens and local governments alike to do more for vulnerable groups with the limited resources available to them.

It is clear, yet often forgotten, that citizens will not engage in governance processes, unless there is an advantage to be gained from participation. This engagement may be extra difficult for citizens that have experienced violence or repression from previous governments. I remember a woman saying publicly – I have buried 5 children during the Red Terror, so you may imagine that is it hard for me to engage with my government today. Discrimination has similar effects. Beneficiaries of the Productive Safety Nets Program were referred to as ‘bulldozers’, because their labour is used for public works. It never occurred to them that they have the right to be served with respect, leave alone that they may have something to say about what support would work best for them. If they speak up, they may lose their entitlements all together. In such cases trust can only be built through responsive and meaningful government action that is respectful and touches peoples’ deep needs.

Educated, salaried citizens suffer from similar mind-sets. They may pay to expedite the process of getting an energy connection for instance, but after multiple visits and no response they return home with the attitude popular in Ethiopia: ‘thou shall not sue a king... nor do you plough a sky’- signifying that it is impossible to demand from a higher authority. This kind of paradigm has passed from generations to generation, and needs ‘interlocutors’ that help to unlearn such deep rooted notions and prepare the fertile ground for better governance to flourish.

Such societal attitudes also prevail among civil servants. I have often heard district authorities claim: our policies do not discriminate, we treat everyone equally. While that may be the intention, not everyone is in a position to take advantage of policies, and some don’t even think it applies to them. There are many female farmers in Ethiopia who believe that agricultural services are not for them, because services are not tailored to their specific needs. There is a social group in Ethiopia (potters) who are treated similar to the untouchables in India – they were very surprised to hear that the social protection program also applies to them. They have this mind-set that is totally formed by how society views them: an intriguing form of powerlessness.

Many people feel better respected after they shared how it felt to be treated with disrespect by government staff, at the health centre for instance. Health workers admitted feeling ashamed when they “looked into the mirror” of peoples experience with them. This helped them to change. Apparently it is not culturally accepted to behave in a disrespectful way, but somehow that gets forgotten until civil servants are confronted with the effects of their behaviour.

From island of success to shifting national norms and practice

How can good governance become the norm? In ESAP we have two streams of thought: social accountability as a way of life, and social accountability as part of government policies and structures. Both need work, but the nature of that work is very different. The systems responses that we know, like “change the law”, don’t seem to work. So many reforms have not yielded the intended results. And yet, there are these project islands were new norms and practices are emerging. How do we connect those, enable them to grow, enable society to discover how to change, step by step?

There seems to be an inherently human element to wanting to do well for those less fortunate – many of the changes we see happening (not just in Ethiopia) are due to the relentless efforts of volunteers, citizens as well as service providers, with local governments following suit. Where do we see this local spirit translating into national politics and incentives? Or put differently, why is there still so much disconnect?

Researcher Fletcher Tembo observes that the ‘human element’, e.g. volunteering that I refer to, is very important and operates most effectively in localised initiatives, where trust is high and actors obtain a lot of non-monetary rewards from these actions. The disconnect happens when we move from localised actions to the sub-national and national levels when these local practices are not allowed to inform the sub-national and national practice, mainly because at that level other incentives kick in – e.g. strong elite interests colluding with businesses and the way the bureaucracy operates. All these practices are heavily political in nature – so his definition of politics here is not limited to political party contestations but all the different contestations and struggles for access to power and resources characterising society-state relationships in a given country context. As a suggested way to overcome these challenges, he recommends an incremental approach where localised practices become ‘policy experiments’ for scaling up to sub-national and national levels through a collective action approach that is based on addressing conflicting incentives. Fletcher has recently been researching and writing about this (interlocutors, and building trust-based relationships).

In the Ethiopia Social Accountability Program we now support CSOs to strategise around processes that get more complex as communities learn and their organisations connect, for instance combining Community Score Card results for a certain sector and geographic area, so that it can be used for regional policy dialogue. Regional parliaments have started to take note. We are continuing to support such emerging initiatives by asking questions that encourage action, forward thinking and that create clarity about the support we should be providing so that local actors can create the forms of governance that work for them, and produce better results.

(this blog was written for the World Development Report 2017 - Governance and the Law website. It is inspired by an online forum I co-facilitated as part of the consultation for the WDR 2017 at the Global Partnership for Social Accountability.)