How do you organise learning from projects among 50 civil society organisations and their government counterparts? The method we used was learning benchmarks. We gathered data about the projects from quarterly reports, and presented this in the form of tables and graphs. In this way, projects of 5 organisations were compared on progress, social inclusion, gender mainstreaming and satisfaction with behaviour change of citizens and government stakeholders in the project. 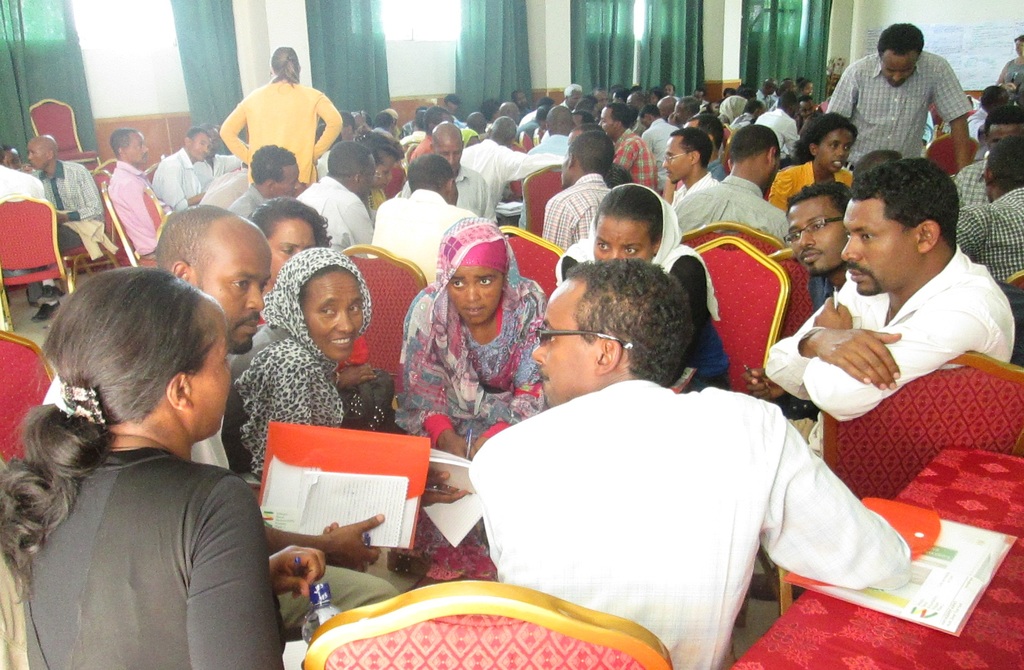 Only very few organisations received a score of ‘3’, which we suggested was the ideal. This was a good discussion starter. In one group somebody complained: “do they really want us to do this?” The others in the group dryly answered that gender mainstreaming was part of the project agreement, and started explaining what they had done so far, and how they could do more to “aim for 3”.

In the case of the gender score, there is an ideal situation to work towards. Most other benchmarks are not that straight forward. Some graphs compared number and type of people reached (e.g. social groups) with certain project activities. One may think that the highest number is the best. However, it all depends on the context. In a remote rural area it may be much more difficult to reach large numbers of people than in a densely populated area near a town. In benchmarking, the practice behind the numbers is the most interesting.

The benchmarks proved to be an excellent way to initiate sharing of experiences, and to learn from each other. Participants developed action plan to implement their learning, which we will monitor over time.