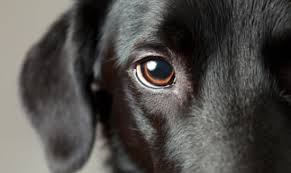 After the round table about Ombudsman Institutions and their relationship to social accountability at the World Bank, I approached Mr. Danang Girindrawardana, Ombudsman Indonesia to learn more about his relationship with the government. The focus of the round-table questions had rightfully been about reaching out to the most vulnerable in society. Yet it is clear that in some societies, the Ombudsman must strike a balance between protecting the poor and holding government to account. As an example, one cannot require the government to provide clean drinking water to all when the resources are just too limited to achieve that in the short run. In this case, the Ombudsman can have all the "teeth" one can hope for, but the result is unlikely to be positive. The role is motivational rather than imposing, and the balancing question seems to be: what is fair and equitable considering the rights and needs on the side of the vulnerable, and the responsibilities and capacities of the government?

It made me think that the watchdog doesn't always need the grow the often called for "teeth" to get the best results for the people. Danang phrased it as follows:

The Ombudsman is not the boss of government officials. We approach them with an attitude of collaboration, as we can help solve issues so that performance improves. It is a balancing act between the needs of the poor and the possibilities of government to serve them. The Ombudsman helps the poor, to stand in front of government.

Role of the Ombudsman in Ireland - Peter Tyndall
In its 30 years of existence, the Ombudsman Ireland supervises public services at national and local - levels. There is no local level ombudsman in this small country. Driven by individual citizens, the Ombudsman looks at one off instance of maladministration in service delivery, and also identifies systemic problems: broader failures of institutes of government. Depending on the nature of complaints, the ombudsman can either directly follow up on the complaint (many problems can be solved through a simple phone call), directly  investigate the complaint. or prepare for legislative change (for instance when a law or policy directive has unintended discriminatory effects).

Peter points at the fact that promoting accountability in services should also encompass services that have been delegated to the private sector - such as outsourcing of refuse collection. In such cases citizens can still come to the ombudsman. In Ireland, municipal housing is provided by NGOs, and private nursing homes are also getting government financing. It is important to have redress in such cases as such services target particularly vulnerable people. He believes that specialized Ombudsman Institutions are probably not the way forward, and sees no reason to privatize redress. In some cases contracts or legislation may need to be developed that still require the Ombudsman to have jurisdiction in delegated service provision. Consider the privatization of water services: citizens must be able to complain at an independent, free of charge agency!

Role of the Ombudsman in Indonesia - Danang Girindrawardana
The Ombudsman focuses on maladministration in public services, as well as the processes of policy making (e.g. 6 months to one year of trial and engaging people, but usually this is usually not respected) and policy implementation, and on behaviour of officials. The Ombudsman handles public complaints, the number of which is growing rapidly in Indonesia, due to more educated and empowered public. The Ombudsman works, among others, through observation of how officials apply the service standards, using an innovative approach, the mystery shopper. Volunteers with a hidden camera and mike shop around for government services, and the findings are  presented to government for discussion (officials were made unrecognizable in the clips). In one case this lead to the adoption of a one-stop shop approach to services, overcoming the problems of being send around from one office to the next in a bureaucratic turmoil. In another case, the mystery shopper teams were kept on to keep officials honest and performing.

How do Ombudsman Institutions promote inclusiveness, and are they inclusive themselves?Ulrike Grieshofer from the International Ombudsman Institute explains that the Ombudsman should have a low threshold for citizens to participate, for instance in Serbia, elderly people in remote areas participated through local libraries where there is internet access. They could launch a complaint via direct conferencing with the ombudsman in the capital city.

What if the watchdog has no teeth?

Some Ombudsman can impose decisions, and some can only mediate. Ireland can impose requirements, and appeals can only go through court. However in the past 30 years, only 5 Ombudsman recommendations have not been implemented.

Ombudsman is accountable to parliament, not to government, so it can use the power of parliament to hold government to account. The media can also be used to let the people now that government is not responsive.

In Indonesia, the Local Governance act reinforces the role of the ombudsman. It is important to educate the public, especially vulnerable groups,  as well at the officials about what the Ombudsman can do for them. Building trust on both sides is essential. Vulnerable groups may be harder to reach with information. Friends of the Ombudsman (i.e. NGOs) do sensitization campaigns around the country. Messages need to be well targeted to the specifics of a group. Danang jokes:

It is important to be specific about the basic service standards: there are 32 million smart phones in Indonesia, among 240 million people, but there are not many smart people among them.