Look for something, find something else, and realize that what you've found is more suited to your needs than what you thought you were looking for. Lawrence Block

There was a week in november that really added to my collection for "Beads". I was getting ready for a big climate change event (see previous blog), and then it became clear that the floods in Thailand were also going to affect Bangkok, so 1000 participants got a last minute message that the gathering was cancelled. I wasn't really surprised. Try stopping 2,5 meters of water with sandbags. It actually works to some extend, unless the water rises even further. Considering the havock it causes on the wrong side of the sandbags, we can further conclude that building floodwater diverting dams is not for the faint-hearted. So, how come I still managed to collect some "Beads" in this otherwise depressing situation?

I don't know where this boundless energy comes from that I have for wanting to make the most out of situations. Someone suggested that it is serendipity. As a non-native english speaker I had to look it up in the dictionary. It means: the natural gift for making pleasant and valuable, or useful discoveries by accident. Apparently it is difficult to translate, because it is a word used by an 18th century English writer based on a folktale from Persia whose heroines were alway stumbling upon discoveries they were not directly in search of. What the dictionary is missing in the notion of "accident" is the ability to link together seemingly unconnected things, or seeing opportunities in hunches and acting upon them. This is a quality found in innovators of all kinds in all fields. 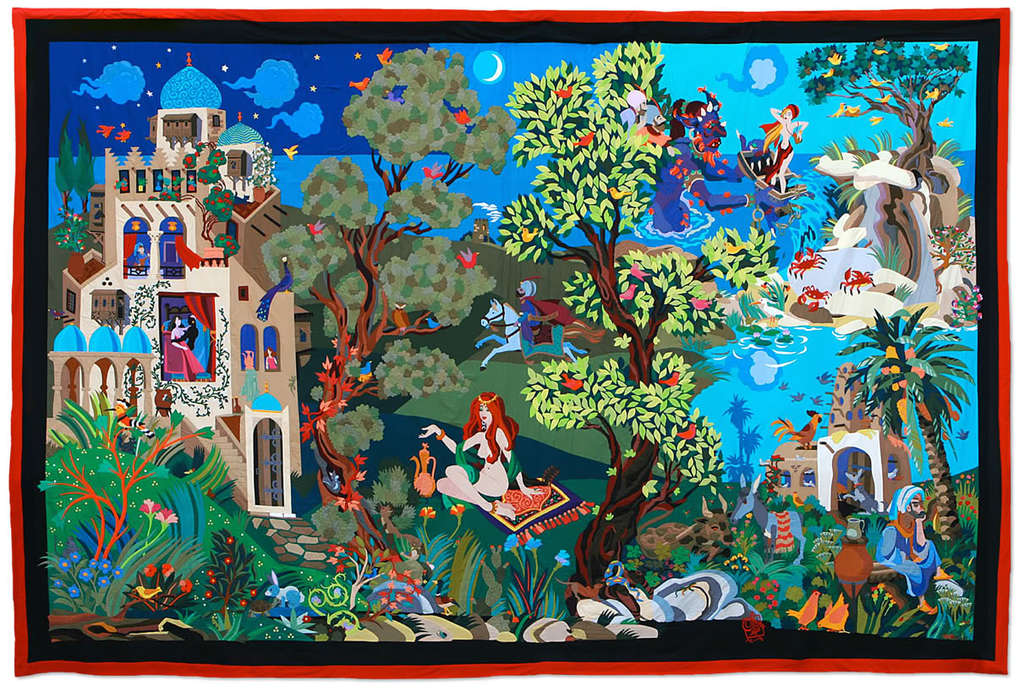 Serendipity describes my gift fairly well indeed, with the note that I have come to believe that nothing in life is co-incidence. My serendipitous meeting with Saleem Huq/IIED (Saleem's vlog or video blog) in Bangkok was entirely my own doing, but it's an illustration of how I string seemingly unconnected things (I call them beads) together.

On my current inquiry theme "collaborative learning and action", Saleem shared an interesting insight into why Northern NGOs find it so hard to collaborate and learn together. In his experience the local staff of 'Northern NGOs have no problem working and learning together in the field. They often complain that 'HQ doesn't get it'. Saleem believes this has a lot to do with the specialised, and compartmentalised way in which 'The North' operates, as supposed to the experience based, survivalist mode of people who grew up in 'The South' where development is not something you study: you live it. Saleem's institute in Bangladesh has a theme of collaborative action and research (how accidental is that?!), and for him it means that he is working to bridge action/practice and research/academia. Bringing rigour to learning from practice. Jummy!!!!

Saleem is behind CBA 6, the Community Based Adaptation Climate Change Conference series, which was held for the 5th time last year in Bangladesh, and will be organised next year April in Hanoi. After our conversation, Saleem put me in touch with the Hanoi based organisers, as, amongst others, I expressed interest in helping them use social media around the CBA 6 gathering.

The reason that social media came up was due to my growing fascination with it. I have been pleasantly surprised by what I can learn in the webworld through social media (also see my previous blog I tweet, so I learn). I had started to ponder the idea of using social media to facilitate learning and change, and then I stumbled upon a Dutch course. Unfortunately, it involved 4 F2F days in Holland over an 8 month period. As I live in Hanoi, that was not an option, but I did send a tweet to the organisers, inquiring about alternatives. This tweet sat in their head for a while, and just when I was on my way to Bangkok, they offered me a way in which I can take part in the course from a distance.

Last week the social media course ran a webinar on Serendipity with Jane Hart. She does all sorts of great things that are close to my passions like a "non-training approach to workplace learning". Jane runs a Community of Practice on social learning (her way of shortening social media for learning and development), which you can find and become a member of through her c4lpt website.

Well, that's serendipity full circle. It's not just about finding interesting stuff, but seeing the possible connections and doing something with it.