This paper was prepared for the Governance, Accountability & Citizens' Empowerment workshop in Dublin together with Tamiru Lega Berhe (ESAP2) and Tamrat Getahun Woldemichael (…

Capacity develops in interactions and relationships 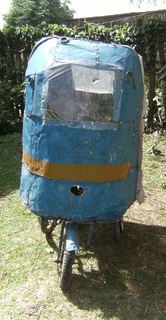 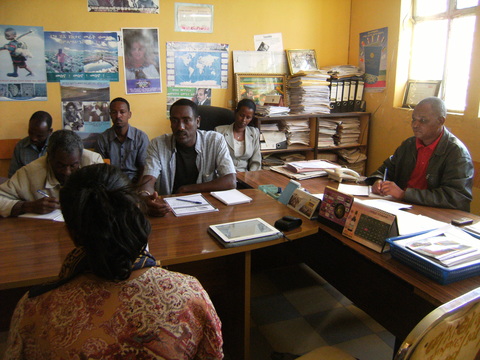 How do you take the essence of what happens in a group of close to 200 people? This question becomes even more difficult to answer when the audience is predominantly geared to an oral rather than a writing culture. Here’s what we did:

How do you organise learning from projects among 50 civil society organisations and their government counterparts? The method we used was learning benchmarks. We gathered data about the projects from quarterly reports, and presented this in the form of tables and graphs. In this way, projects of 5 organisations were compared on progress, social inclusion, gender mainstreaming and satisfaction with behaviour change of citizens and government stakeholders in the project.…

Reality Training - getting the 10% of learning right “I have got the best experience in my career in the last 5 days.” This is an example of the great comments we received from participants in a training for new grantees of the Ethiopia Social Accountabiltiy Programme phase 2 (also on…

Capacity Development is 90% more than training

What's interesting about starting a new long term is assignment is that you get a chance to prove yourself all over again. When I prepared for my latest new assignment, I discovered that the organisation seemed to equate Capacity Development with training. How could I let my new colleagues begin to think about the fact that Capacity Development is much more than training...

A while ago I stumbled upon a clip developed by Charles Jennings. It's called the 70:20:10 approach to…

How rural communities in Albania get the capacity builders they need In 2009, the Albania Local Capacity Development Foundation (ALCDF) pioneered a ground breaking concept. Rural communities were not getting the capacity building services they needed to advance in tourism, forestry, agriculture, and local government. Lindita Manga (photo), Executive Director of ALCDF, explains how it all…

Promoting Social Enterprise: Scaling Is Not About Money

How to introduce Social Network Analysis

I am a self-made woman when it comes to Social Network Analysis: just picked it up along the way and learned from doing. Joitske Hulsebosch (twitter @Joitske) however recently finished a short SNA course with Patti Anklam (twitter @panklam). Joitske…

Informal networks 2: learning from the unplanned

My friend Naa-Aku Acquaye-Baddoo told me about an exercise she did a while ago to help teams in SNV Asia think about role clarity and teamwork. Participants literally "walk" the relationships they have with others around a specific issue or topic, and carry a colored threat to visualise their walk. What emerges on the floor…

Civil Society Strengthening - "Leading from behind" in Myanmar 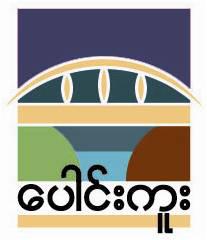 I have been home for a few days now, but I am still in awe of civil society in Myanmar.

When I lived there until five years ago, I was involved with an INGO that worked with small grants and mentoring for community based organizations. Other INGOs were inspired by the work that proved possible ‘under the radar’ at grassroots level. I witnessed the development of a… For international women's day, I wrote a blog about women in Vietnam.  "Vietnamese women deserve to be treated special at least one day of the year, as the men seem to do very very little in the home. Listening to newly wedded Vietnamese women, that is not really changing yet either. And I'm speaking to middle class women, who speak English. One would expect change to…

Nev Ward, a project manager in the UK was sharing some suggestions on linked-in for a manual I am developing on project management. He referred to  the five stages of a project (Geoff Reiss, “Project Management Demystified”, Third Edition, p204). It had me laughing out loud:

With Aung San Suu Kyi Voted into parliament, everybody wants to be in Myanmar at the moment, so I feel especially fortunate that my old friends from Metta invited me to come back and work with them at this important juncture in history.

I had a very interesting few days in far away Naugn Kham, about…

Capacity Development for Rural Organisations: No Say in the Matter! The Dhulikel market place for providers and beneficiaries of capacity development services was a first in Nepal. Rural organizations normally don’t buy services to improve their performance. National programs decide what is needed and buy training packages in bulk from consulting firms. That is supposed to be cheaper. Well is it? The 40+ rural organizations in the Dhulikel… 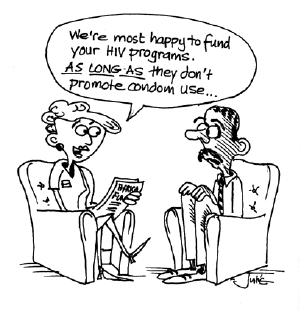 For my work in Myanmar I have recently reviewed concepts of empowerment and civil society. Here are some old and new thoughts about it. (Cartoon from The Powercube)

Social media as a time saver 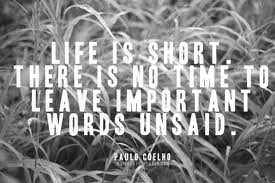 There are only a few at CBA6 who have discovered the benefits of social media for their personal development and personal effectiveness.  Most still  think they do not have the time for tweets and that sort of stuff.

I thoughht that talking about time saving and other advantages of an online CBA community  would help to get people excited. I…

The room was packed yesterday for the CBA6 session on integration with Ecosystems Based Adaptation. It was the most energized athmosphere that I witnessed so far at CBA6 (but hey, I have not been to any of the out-of-the-box sessions which I hear are super too!).

Some of the CBA crowd may frown a bit, because Ecosystems Based Adaptation comes out of… 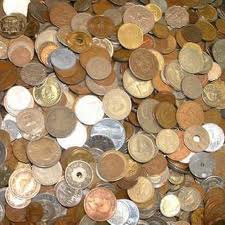 I am on a quest to find common ground for a CBA community of practice.

There are a few issues that were mentioned yesterday at CBA6, the 6th conference on Community Based Adaptation (live coverage here or follow #CBA6 on…